GP2 Round 5 MELBOURNE 30th May

GP2 Round 5 MELBOURNE 30th May

WELCOME TO THE GP2 SERIES.

Points: You highest finish on the night will be counted for your points

WORD OF WARNING: BE CAREFUL AT THE START, THE CARS ARE VERY QUICK ON THE PULL AWAY AND TEND TO LOSE CONTROL EASILY>

REIZA has given us an update on AUTOMOBILISTA, now version 0.93, a whopping 1.3 gig download. The server has been updated with this update so please ensure you can join before Monday night's race.
Also, you need to rename the current Series files for the GP2 cars.
You should have two files in your SERIES folder:

i must say, after taking a couple of laps, i love the track. a beautiful track indeed. i will be gunning for podium. 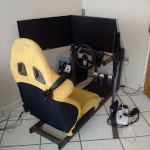 If you like our works, please consider to support us on

Every now and then hard work pays off ...and when it does it's very, very satisfying!  That was my lasting impression after this event.  I love these cars and I love driving this track because of its demanding, technical nature so I put in many laps of practice - I think around 160 of them.

In Race 1 I managed to qualify first, just ahead of a hard charging Spanners.  I think he then had internet problems and couldn't race, which is a real pity as I was relishing a nice contest with him.  It turned out to be a rather uneventful race for me, having stayed clear of the inevitable turn 1 shenanigans that Melbourne so often dishes out.  In the end I was extremely satisfied to have achieved a league racing first for me: pole position, flag to flag win and fastest sector times in all 3 sectors.  I really don't mean to sound like I'm bragging, it's just that I don't think this will happen again for me any time soon, so I better enjoy it while I can!

In Race 2 I didn't quite have it all my own way, however.  Ryan finally came on song (as frankly we all expected he would), and out-qualified me by a healthy margin.  Unfortunately for him (and let's face it: luckily for me!) he had an incident on lap 1, dropping back to P5 and I was able to take the lead.  My strategy was always to pit late in this race, because in the previous event there was a problem with my pit box being occupied by someone else when I came in and I wanted to try and minimise this risk by pitting out of sequence.  This however turned out to be a big mistake. Ryan pitted early on lap 4 already, no doubt to try and avoid traffic after his incident.  He then set some consistently fast laps while my tyres were always 4 laps older, which ultimately gave him a nice undercut on me.  I pitted on lap 11 and came out about 5 seconds behind him.
As an aside: It was also interesting to note that my tyre change took 19s, while Ryan and Shawn both reported theirs took 15s.  I wonder if the game somehow adjusts the pit length depending on when in the race you pit?  Or maybe it randomises the pit times to simulate Ricciardo's RedBull crew?

Anyway, from there it was a mad dash to catch up to Ryan who was now the one with the older tyres. I was once again setting fastest times in all 3 sectors in the process, but in the end I had left my pit stop just that one lap too late and I crossed the line 0.6s behind him.  Both of us however enjoyed this phase of the race immensely, and were really sorry that it was over.

Congratulations to all the podium finishers, and I'm really looking forward to next week, although I'm not all that confident that I'll be able to repeat this performance!  See you all there.
_________________
Dirk Brand 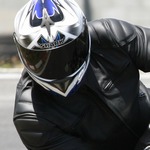 Id like to add my 15 cents worth here. Dirk talks of the "inevitable turn 1 shenanigans".

Id like to share my view here. For the past two round, I either qualify top 5 or top 3 yet when comes 1st and second corner, either im clipped or someone flies into my racing line and forces me out of my hard earned qualifying grid position. This in turn sees me drop to position 10 then i make my way up to position 3/4. Now this is a big problem and all I ask now is for the race marshals /kev

to please review and look just at the 1st lap of the race and report maybe here as to whom did what which was dangerous and cost whom the race. i believe this would then be justice served.

We cant keep on loosing the race in the first corner every time.

Agree fully with Thendo.  I have been on the receiving end and, regrettably, also on the giving end of this in the past.  We definitely need to be more careful into turn 1 and play the long game.  As the saying goes: you can't win the race in the first turn but you can certainly lose it.
On the (luckily few) occasions when I was at fault it has always been because I misjudged my braking into turn 1, and then ran into the back of someone.  Sometimes this is purely because you lose sight of your normal brake markers while in the pack, but often it is just a matter of practice.  I have now started to do some practice starts in order to try and determine the brake marker for lap 1 with full race fuel and cold tyres.  Maybe if everybody did this it would help alleviate the problem somewhat.  Oh and we have also found a series of fun 5-lap races in preparation for an event to help greatly with this, and in fact with getting used to following other cars around the whole track.
_________________
Dirk Brand

Dirk, I did the same thing for race one, instead of braking half way between the 50 marker and 100 marker, I braked just before marker 100 for i practiced it in warm up. Even during the race when I had a good position, I break there knowing I still maintain pace. But I don't think this I common with everyone.

On the racing rules page, Kevin did write it clearly:

" 2. The race is not won on the first corner. Wait for a decent place to overtake and CONSIDER the other driver. Should you clip his car from behind, you will be warned if the review board feels you could have avoided the contact and will be punished. We all want a fair chance to finish the race and please show respect to the other drivers."

It is very important to preserve the qualifying grid for the first 3 corners or so. This is why rolling starts are sometimes necessary especially if you do not have launch control. To try to beat someone to the corner because of their response time to the starting lite is not good sportsmanship.

It would be really nice if the grid I preserved into the third corner, at least by then the brakes and tires are warmed up.

This has been suggested before and in the past my view on this has always been that it's not how it's done in "real" racing e.g. F1 and the like where it's certainly race on from the moment the lights go out.
BUT I'm starting to wonder about that stance now...
Professionals may be allowed to race off the line yes, but as far as I know none of us are exactly professionals and there's quite a range of skill levels (which we welcome, of course). And besides, the penalty for professionals taking each other out on lap 1 is usually quite severe (except if it's Hamilton, of course

) and there's the risk of real injury and monetary losses etc. which we don't have to worry about.
So I wonder if it might not be a good idea to at least give this a trial run to see how it goes. Just a suggestion, it's (luckily) not for me to decide. Thoughts?
_________________
Dirk Brand

I agree, I would refer to myself as a rookie as I get nervous when it comes to overtaking and being overtaken (let this not be used against me in a race) but my main objective is to make sure I finish the race without a single panel scratched (avoid all contact as much as possible). So all in all, as youve highlighted Dirk, in real life, a lot hangs I the balance should you bump someone.

All I ask is for a review in how to make the racing better and not have the corner one disasters. 3 corner grid is just a proposal.

We have tried many different starts over the years to help with the 1st corner problem.
Being open-wheeler cars, we use a standing start and with that, the racing begins on the light.
Actually, it's much worse for the mid-field and back runners. All you see is smoke and cars all over the track sometimes which you can't avoid.
This is a problem most leagues have and the only way to fix it is for the drivers to be more careful. I warn everybody before EVERY race. Also, you can't punish a driver once the race has started, you have to wait until after the race, by which time a number of drivers say they were effected by the crash or bump ahead of them.
During the Reiza season we will be keeping a close eye on who does what. Repeat offenders will receive penalties.
_________________
Kevin Pheiffer

Well done to everyone, and agree Dirk you are fully entitled to your bragging rights. With fast guys around, it is not easy to pick up a win, so grab the moment while you can.
And of course there will always be that first corner incidents, we had them throughout the seasons. But warning before each race do help a little.
Just maybe a last thought on the first corner incidents. The rules also clearly stipulate that the driver at fault must wait for the driver he bumped, unless the bumped driver cannot return to the track for some reason.
If everyone is on TS then he can tell the guy who bumped him to continue or not.
And remember, incidents and accidents will only be looked at for possible penalties if you PM Kevin. He will then looked at it and discussed it with others if necessary. Enjoy.
_________________
Christo Nieuwoudt (RSA)

Fantastic drive my friend.
You deserve to brag...I would. The first league win is always the sweetest. I'm actually surprised you haven't won more often. Keep it up and you could still win the series with 2 rounds left to race.
_________________
Kevin Pheiffer

WD Dirk. Congrats on your win.