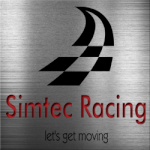 This series looks great.
Small problem though.....Most, if not all the drivers will be driving Automobilista from this weekend.
Not sure if you guys are changing over.
_________________
Kevin Pheiffer