That looks cool, i like the curved screen but i think a vr headset in a awesome rig like this with full motion will e extremely immersive.
_________________
To go fast one needs to learn to brake!

Check this, Its made in my country (Czech republic)
http://www.motion-sim.cz/index.php/en/media/other-videos/fan-videos

I tried it myself when I was 5 years younger. I just started with simracing and I was driving skoda fabia on silverstone, That was simply awesome. I never forgot this. You feel that G force, contacts, road bumps, so awesome. I cant describe what all you can feel. All that adrenalin 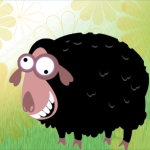 Czech guys who develop this I think. They are making fun of him

They want to turn this machine on the max strengh

and talkin about how it works

And here This is what Im talking about